Welcome to my review of Pi Network. You are here because you want to learn more about it, and wondering should you invest your time in Pi Network. I will explain what it is, how does it work and is it a scam or a legit thing. Before we continue, I want to congratulate you for being responsible and doing research on this topic!

What Is Pi Network

Everyone wants to earn money and people are searching for ways to do that all the time. With technology advancing so rapidly, we are connected more than ever before. Long ago was the mobile phone only used for calls and sending text messages.

So the logical question would be how to make money with your mobile phone, correct?

As time goes by and the world becomes increasingly digital, cryptocurrency is the next natural step in the evolution of money.

Pi Network, a new cryptocurrency and peer-to-peer network, is currently operational in 150+ countries and 32 languages.

The pi coin is the first digital currency for everyday people, people like you and me. It is developed by Stanford PHDs: Dr. Nicolas Kokkalis, Dr. Chengdiao Fan and Vincent McPhillip.

Pi Network is first and only cryptocurrency that you can mine (or earn) on your smartphone or tablet without the usage of battery and RAM, and it doesn’t affect your phone’s performance. You don’t need to leave the app open to mine.

Since the program is still in beta, you can mine Pi coins at a higher rate. Like Bitcoin 10 years ago for mining, you would be able to get a few Bitcoins every hour. Today, you would get somewhere around 0.000001 BTC per hour, depending on your mining rate.

Pi Network is growing rapidly, and in under two weeks, 50,000 users have joined and the total number passed 200,000 active users on 2nd of August, and with that amount, they surpassed cloud mining app Electroneum, which at this moment has 166,798 active miners.

Their mission is to build a cryptocurrency and smart contracts platform secured and operated by everyday people, and their vision is to build the world’s most inclusive peer-to-peer marketplace, fueled by Pi.

How exactly does it work? Let’s take a Bitcoin as an example. To earn Bitcoin, you need to burn energy as proof of work. Pi, on the other hand, secures its ledger when members vouch for each other as trustworthy.

This forms a network of people that determines who can execute transactions, and it allows crypto mining on your phone by leveraging your existing social connections, with no financial cost or battery drain. You can read the details on their white paper.

Pi uses the algorithms that are based on the Stellar Consensus Protocol (SCP) which was architected by David Mazières a professor of Computer Science at Stanford who also serves as Chief Scientist at the Stellar Development Foundation. In short, SCP is the leading candidate for user-friendly mobile-first mining.

You can think of Pi coins like Bitcoin in its early stages. Back then, nobody knew or understood the technology behind it. Imagine if you knew then what you know now. You would mine it like crazy! It goes exactly the same for Pi coins.

At the moment, there are four known roles at which you, as a user, can earn Pi coins at different rates:

Earning Pi coins is very straightforward. You earn 0.39 Pi per hour as a Pioneer. The more people you invite as Ambassador, the more you earn. For each person you invite, both you and that person gets a 25% increase in income per hour.

The Future of Pi Network

As the Pi Network is still in beta there is no option to withdraw Pi yet. Withdrawing or exchanging for other currencies will be available in Phase 3 of the project when Pi transitions to a fully decentralized blockchain, which will happen during Q4 2019. This will be the beginning of seeing the true value of the coin.

For now, they are still laying the infrastructure and marketplace by distributing the currency, building the community, and developing the technology to ensure its security.

Users that hold Pi coins will have two options to turn Pi into money (cash out):

Some of the other planned features in phase 3 will be trading Pi coins with other members, using Pi coins for advertisement and wager Pi to engage the attention of other members of the network by sharing content (text, images, videos) or asking questions.

The creators of this project are real people. They all went to Stanford and have public profiles accessible for everyone to see. 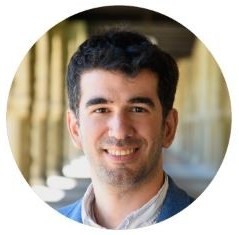 Creator of online game platform Gameyola, founding CTO at StartX, a non-profit startup accelerator for Stanford students that has helped over 2000 entrepreneurs. 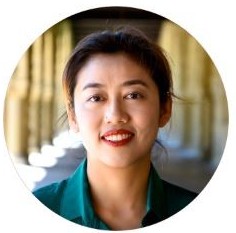 Dr. Chengdiao Fan – Head of Product. Stanford Ph.D. in Computational Anthropology harnessing social computing to unlock human potential on a global scale. Her focus is on how to use technology to positively impact human behavior and societies. 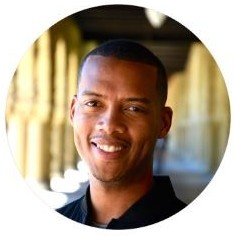 Vincent McPhillips – Head of Community. Yale and Stanford-trained social movement builder on a mission to democratize how society defines, creates, and distributes wealth.

Co-founder of the Stanford Blockchain Collective, a group of 750 thought leaders, business people, engineers, and lawyers from across Stanford and Silicon Valley.

Taking into consideration it is completely free to join and you only need to download the app to start earning, I don’t see any harm in signing up and seeing where everything goes.

After all, you don’t have to invest anything. You just need to wait to see how will it develop. And in the meantime, you can ask people to join your network.

If you use my nick when joining, you will get a boost of 25% in earnings. Use Verzus when you are signing up to claim this boost.

If things go as planned, you can expect Pi coin value to be increasing as new people will be joining, something like Bitcoin was in its early stages.

My advice is to wait to see what will happen and how will it develop. In the meantime, be sure to join with Verzus code when signing up to claim 25% increase earnings and you will be added into my security circles. Who knows, maybe at this time next year we will be millionaires 😉

Hey there and welcome! My name is Dalibor and I have started this site to help you avoid online scams. All they want is your money, and I can not hate more fact that they are ready for anything to pursue you to give them your hard earned money! My aim here is to help you not to fall for that and teach you how really you can make money online.
PrevPrevious5 Ways You Can Make Money Online From Home
NextBulletproof Profit System – Secret GoldmineNext

8 thoughts on “Pi Network – Earning Money With Your Phone”