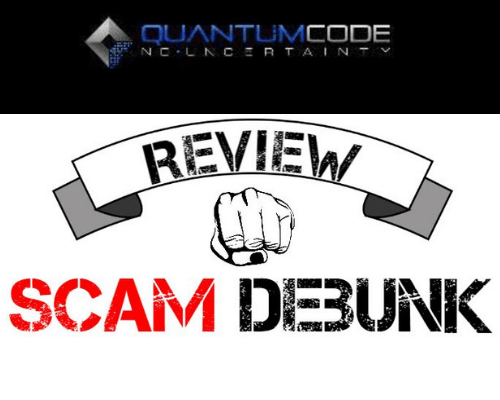 Is The Quantum Code a Scam?

How would you want to earn $1,892,460 every month, just by making a little investment of $250 as an initial deposit? If you are thinking to invest in this software, I suggest you read my review first, then decide.

First of all, I want to congratulate you because you took the time to do a search on the Quantum Code. If you are asking is the Quantum Code a scam, please keep reading, and you will find all the answers here.

What Is The Quantum Code

The Quantum Code is fully automated binary options software that claims you can make from $10,000 to up to $100,000 per day. It is presented by the CEO and the founder of the Quantum Code, a guy named Michael Crawford, a philanthropist and a famous millionaire who is also known by different nicknames in the trading business, such as “The Millionaire Trader,” “The nicest Rich guy in the World” etc. 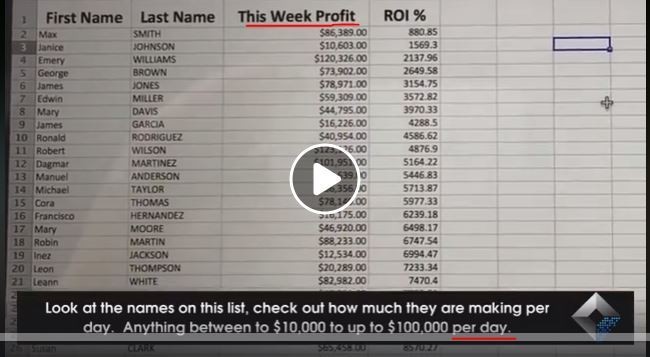 But if you watch closely, you can see that he says earning are per day, but in the report, the column is Week.

And just by looking at the names on that list you can see how shallow it is — Smith, Johnson, Williams, Brown, Jones, Miller, Davis, etc. Lol, I mean, come on. They couldn’t even come up with original names.

The name Quantum Code came from a technology that they use, a highly revolutionary algorithm named as Near Quantum Speed (NQS). The system should be faster than any person or machine that is placing a trade on the market, no matter what market it is. And only with a push of a button. 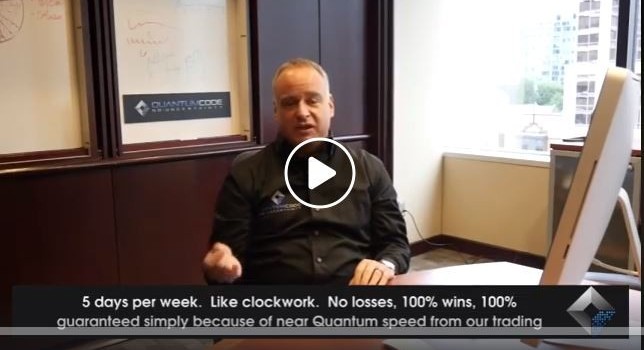 It supposed to work with 100% accuracy and with no losses. In a fairy tail, yes. But in the real world, that is not possible. Even their disclaimer says different!

So why would they make disclaimer if the system is 100% sure? Doesn’t it say: “You can lose more than your initial deposit?” How can you lose if there is a guaranteed 100% win? It doesn’t make any sense.

So why would he say the software can make at least $10,000 then? He can’t even make the simple math right, but you believe he can make sophisticated software that would bypass all the algorithms of trading? With his math knowledge, you can expect only to lose your money.

Michael Crawford, the person who is representing the Quantum Code, should be on known from magazines like Forbes. However, Forbes doesn’t mention Michael Crawford anywhere.

Michael Crawford doesn’t exist as a millionaire, and I couldn’t find anything for him outside of Quantum Code. The only reasonable explanation for this is that Michael Crawford is not a real person.

In fact, he is a paid actor, Jason Glick. 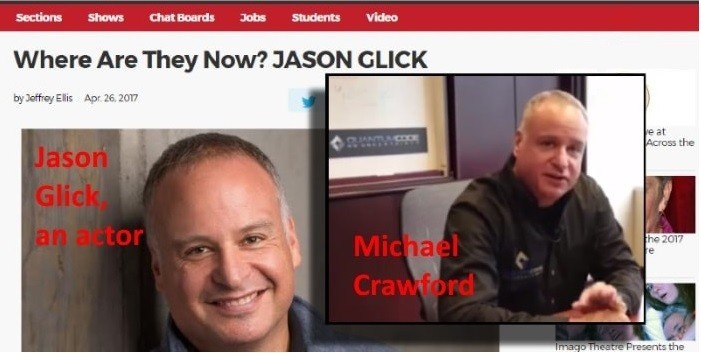 Michael, or Jason, is leading us to his company, but the Quantum Code as a business isn’t registered, and it doesn’t exist anywhere in the world.

I don’t know what is your knowledge with trading marketing, but let me tell you that it is entirely impossible to make such amount of money in just one day. Sorry, but miracles still don’t happen.

Even if you would put all of your initial deposit of $250 (which you should NEVER do in any sort of trading), you still wouldn’t be able to earn $10,000 in one day.

So for the apparent reason, only scamming software can claim to promise you this amount of income. You should be aware of the fact that someone promising you a massive amount of money in a short time is trying to lure you into throwing your money away by giving it to them.

Like every other fake software, this one also has clear signs of scams.

I am sure by now you have noticed that Quantum Code is nothing more but scam offer. They are trying to lure you with the help of fake promises.

I have revealed things that point out mistakes in this offer, showing this is nothing more but attempt to trick you into deposing money to some shady broker.

My advice is to stay away from Quantum Code, and I wouldn’t recommend it at all. What I can guarantee you is that you will lose money if you decide to invest in it.

If you are determined to make money online, let me introduce you to a platform that I love to use. It is free to use (yes, no credit card or money upfront for starter members) and have great training videos that will guide you step by step toward making money online.

If you have any questions about Quantum Code or would like to request a review, feel free to write a comment and I will be happy to reply to you!

Hey there and welcome! My name is Dalibor and I have started this site to help you avoid online scams. All they want is your money, and I can not hate more fact that they are ready for anything to pursue you to give them your hard earned money! My aim here is to help you not to fall for that and teach you how really you can make money online.
PrevPreviousBlack Hat and SEO – Do They Go Togehter?
Next$1,000,000 Algorithm – 9 Reasons You Should ConsiderNext