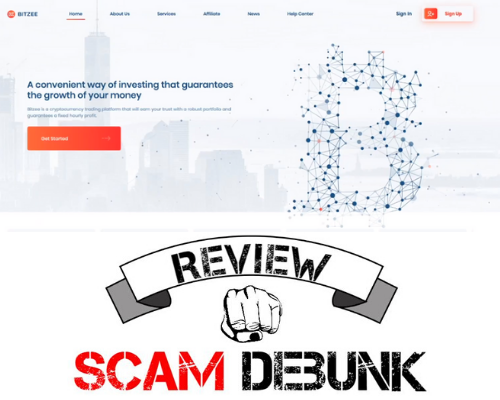 Bitzee Review – Should You Trust Them With Your Money?

Welcome dear reader, and congratulation on taking action to inform yourself before deciding to invest money into Bitzee. In this review, I will answer should you trust Bitzee and invest your money with them.

Bitzee claims to be a cryptocurrency trading platform that promises you to earn your trust with a robust portfolio and guarantees a fixed hourly profit.

Their investment plan guarantees that you will make considerable money to secure your future. As much as it may sound nice, there is no such thing as a guaranteed profit in the trading world.

Each investment you make can potentially be lost if you place a bad trade. Keep that in mind when and if you are considering trading.

Other than their declaration that it is a trading platform, there is no information about how the exchanges are made or how they are investing your money.

There is no doubt profit can be made with cryptocurrency and forex trading. However, it doesn’t mean everyone will make money from it.

Bitzee operates based on the amount of money you deposit. Accordingly, you should be getting a profit from it. With their 3.6% daily profit plan, I can see why does it look tempting. Sadly, it is unrealistic

Of course, there is no maximum limit, which means you can dumb, I mean deposit, as much as you want.

One more way that they provide to earn money is through their affiliate program. You could be earning up to 5% or 10%. To be honest, their plan does look like a pyramid scheme, so I would be extremely careful when it comes to it.

I already mentioned my concern when someone tries to guarantee you a profit. It just ain’t possible, especially in the trading and investing world. When someone guarantees you a profit, you should approach with extreme caution.

Next, their “About Us” page doesn’t have any information about the team behind the Bitzee, their experience or what they are doing. Vague description with some general references about the trading platform, nothing else.

The “Services page” doesn’t say what they are going to do with the money, to what are they investing it, or any activity. So you have no idea what is going on with your investment.

Bitzee claims to be a certified finance company. But they are not listed at the FCA. If they were, they would be on the FCA pages. But simple search shows there is no record of the Bitzee on their pages.

The next thing I want to talk about is the layout of their webpage. This isn’t a unique build, from the ground up. It is built from the template, like Pro Hyip or something similar.

Most of the pre-built templates like this provide a registration certificate. The truth is, anybody could get some address and certificate from the Company House in the UK.

The problem is not that they paid for the design and build-up, but in the fact that there is at least one webpage that looks exactly the same and at least one more that has a similar construction.

And when several different webpages are using the same words and style, it raises suspicion. Just look at how much similarity there is between them. 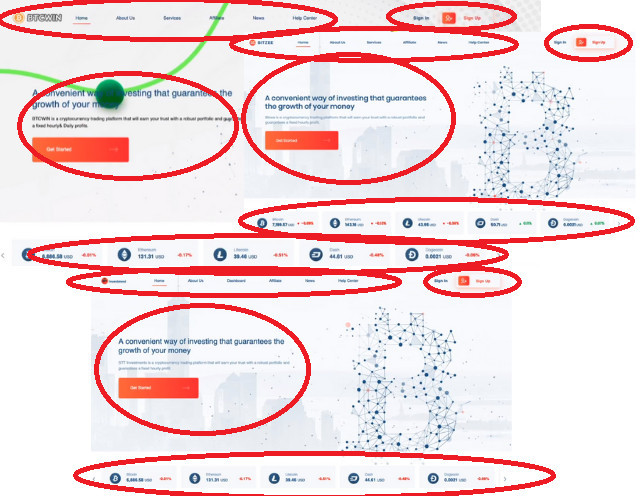 When they are making a big audience and a lot of investment in, and in the beginning, they can afford to make payouts as long as the new members are coming in. The problem starts later, after a couple of months when new members stop coming.

At that point, the entire scheme falls apart as they are not able to do payouts anymore. What will happen is the entire website will be shot down, and they will walk away with all your money. Unfortunately, there is nothing you can do about it.

Now let’s cover the profit part. Bitzee claims they can make ROI at 3.6% per day. That is a bold statement and a significant return.

If someone has the system to make a 3.6% profit per day, and they have the $1000 to invest in the software package, why they haven’t invested that money in their system?

So my question is: if they can get to $1000 per day in roughly three months, why they need your money for? Honestly, if I would have a system like this, I would take a massive loan from the bank and invest all in. After a couple of months, I could pay my debt and live a happy life being dirty rich.

Because, if it is guaranteed thing as they promise, that is what would happen, correct? And just think about if someone actually invests $1000 into this. Do you think the owners would pay him $14 million each day after one year?

Bitzee is a product that should not be considered a long term investment. Most of the HYIP (high yield investment programs) are Ponzi schemes and should be approached with extreme caution.

There are a lot of online investment opportunities that could make you a passive and steady income.

One of my recommendations is the Wealthy Affiliate platform that teaches you how to create a profitable online business in any niche. You should definitely check it out if you are serious about making money online!

If you find this article useful, do share it with your friends. Also, if you would like to request a review, write down in the comment, and I will look it up.

Hey there and welcome! My name is Dalibor and I have started this site to help you avoid online scams. All they want is your money, and I can not hate more fact that they are ready for anything to pursue you to give them your hard earned money! My aim here is to help you not to fall for that and teach you how really you can make money online.
PrevPreviousHow To Make Money In Affiliate Marketing
NextIs The Bitcoin Capital Legit Auto Trader?Next